We are such a long time dead - so I've decided to live NOW! 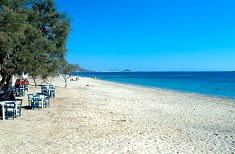 I’ve always had an addiction to travel, inspired from childhood by my dad and my very own Auntie Mame type character in my life. To see the world, to immerse myself in how other people live, to drink a glass of wine in the country the grape was grown in - what started as an interest turned into a hobby and then an addiction.

For over 30 years I’ve been traveling to the Mediterranean – mostly to Italy and Greece – first for university study and work as an archaeologist and then later as a long-stay tourist. I’ve generally traveled alone, meeting fascinating people along the way, picking up languages, local culture, finding friends, lovers, heartbreak, unbounded joy and spiritual contentment along the way. I’ve laughed and cried and fought with Byzantine bureaucracy, ate too much, drank too much, danced til dawn, got drawn into village life and attended weddings, baptisms and funerals, and watched the children grow. But mostly I’ve laughed and learned and lived life large pursuing this dream, this addiction.

About 25 years ago, I discovered a Greek island that became my spiritual home. Naxos, in the Cyclades – I’ve been going there almost every year for one or two months at a time ever since. The way I discovered the island is a story in itself – the way I was adopted by the Naxians is a gift I cherish. They are honoured and touched that I keep coming back from so far away to see them and that I so obviously love their home. Secretly, I believe I’m becoming a bit of a “character” or a coot in the village - that wacky Canadian lady who travels alone (a horrible state to the people-loving Greeks). Yes, yes, Fredericton’s own Shirley Valentine – yes, I’ve heard that before.

Oh, I’ve seen a lot of the rest of the world too – most of Europe, northern Africa, the Middle East, a bit of Asia, Russia and Latin America – but Greece keeps luring me back. I became seduced by the country and absorbed into village life. I finally figured out I had a unique life experience when my own travel agent repeatedly called to ask me to plan a trip to Greece for her son or to plot routes for her other clients. In the words of Robert De Niro, “You’re asking ME???”

I’ve long dreamed of making my home there – either as a full time resident or for part of the year – keeping one foot in my equally beloved New Brunswick. I’ve never wanted to wait until I was retired to try. My mother died at 34, you see, and from childhood I resolved to live life NOW, for we are such a long time dead.

It’s complicated to uproot your life completely to move to another land. Especially doing it alone. It takes courage, patience and, of course, money. Courage I have; I’m working on the other two.